It is easy for some people to feel that no matter how oppressive the hardships imposed upon former sex offenders may be, they probably deserved it.  The most common refrain we see posted by unsympathetic social media commenters typically contains some variation of, “He (or she) should have thought of that before they committed their crimes!”  While such a response may be emotionally satisfying for the person who makes such a statement, the unspoken assumption is that any punishment, no matter how cruel, can be justified by the fact that you’ve committed a crime, no matter how trivial.  Oh, so you were beheaded for jaywalking?  Well, you should have thought about that before you stepped outside the crosswalk!

It also completely ignores the plight of the innocent bystanders who often bear the brunt of our country’s draconian sex offender registration laws. The families, friends, employers, landlords, and associates of former sex offenders often become the unintended casualties of the current wave of anti-sex-offender hysteria sweeping the nation.  Recent studies have begun referring to these tangential victims as “collateral damage,” as if we were talking about accidentally backing the car into the neighbor’s mailbox, rather than the complete destruction of innocent people’s lives.

By the way, it isn’t just the families and associates of sex offenders who suffer.  Most of the states will admit that their sex offender registries are difficult to maintain and contain inaccuracies.  One study discovered that as many as 25% of the addresses on the registry were incorrect, which resulted in the addresses of family homes where no one was a registered sex offender being listed on the registry.  A Detroit, Michigan couple didn’t learn that their address was incorrectly listed on the registry until they tried to sell their home.  They reported the error to the local police, who told them that nothing could be done about the problem until they tracked down the former owner who bought the house three years previously from a registered sex offender.

In Cleveland, Ohio at least one large real estate brokerage’s property questionnaire includes the question, “Have you ever been notified that a registered sex offender was living in the neighborhood?”  Say yes, and your property value may plunge.  In other words, you don’t have to be a sex offender; you don’t even have to know a sex offender, to be “collaterally damaged” by social hysteria.

For the families of former sex offenders, it can be much, much worse.

One eleven-year old juvenile sex offender’s profile popped up during their landlord’s internet search for offenders, and the boy’s family was given two days to move out of their home.  In Fallon, Nevada, a registrant’s failure to update his information in the registry resulted in news stories which, in turn, led to death threats, burglary, and vandalism against his innocent wife.

The 8-year old daughter of a registered sex offender whose offense was 31 years in the past found herself at the center of a public outcry when her school sent out information about area sex offenders in 2007.  She immediately began feeling the effects of being disinvited from events and shunned by friends. The following year, in middle school, she became the constant target of sexual harassment and lewd propositions.  Eventually, her family left the country in 2013 to escape the persecution.

Research into the “collateral damage” suffered by family members of RSOs reveals that 49% often felt afraid for their own safety as a result of their family member being on the registry.  66% said that shame and embarrassment often kept them from participating in community activities, and 77% experienced feelings of isolation as a result. 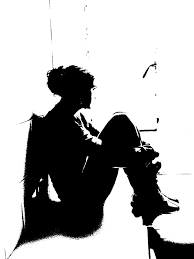 The children of RSOs report alarmingly high rates of suicide ideation, with 13% exhibiting suicidal tendencies. Other reported consequences of being the child of an RSO include harassment (47%), ridicule (59%), physical assaults (22%), depression (77%), and anger (80%).

Sadly, one needn’t be related to a sex offender in any way to be “collaterally damaged.”  A widely reported recent story from Kissimmee, Florida, featured a man who poured gasoline into the motel room and vehicle of four persons he believed to be registered sex offenders with the intent of “barbecuing all the child molesters.”  Two of his intended victims were not RSOs.

In Dallas, Texas, a man who had just moved into an apartment that had recently been vacated by an RSO was mistaken for the previous tenant by a vigilante and beaten with a baseball bat.  In another Dallas case, a man who was mistaken for an RSO was beaten by four men and had his teeth knocked out as his attackers shouted “Child molester!”

In Kern County, California, a 32-year old man was stabbed at least 50 times and his body dumped in the desert after a Facebook rumor falsely alleged that he was a sex offender. 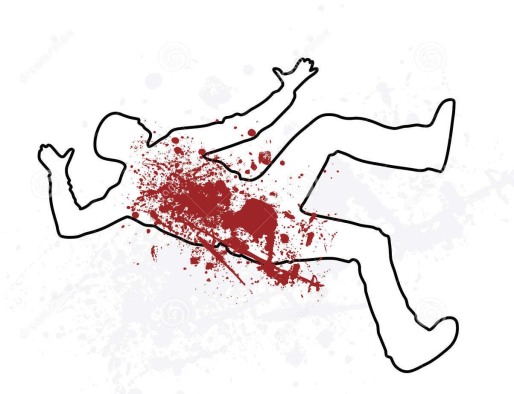 A Las Vegas man shot and killed two homeless people because one of them (Alfred Wilhelm, age 53) was an RSO stemming from a 1984 rape conviction in Hawaii.  The second victim (Rhonda Ballow, 27) was an innocent bystander who was killed simply for being a witness to the first murder.

In 2013, a husband and wife team of vigilantes in South Carolina told RSO Charles Parker, 59, “I’m here to kill you because you’re a child molester” before killing him. They then killed his wife, Gretchen Parker, 51, simply because she lived in the same house. Both were shot and stabbed multiple times.

These examples are not as isolated or anomalous as some would have you believe.  We often hear that victims of sexual abuse are afraid to come forward for fear of being disbelieved, but rarely do we consider the fact that victims of registry “collateral damage” are often reluctant to tell their stories for fear of being targeted for further vigilantism and harassment.  For every case that gets reported to law enforcement, there could potentially be dozens more that are endured in silence. Police reports are a matter of public record and are often reported in local news media. What sane person would want to invite even more scrutiny and abuse?

As long as the media continues to stoke the public’s vitriolic anti-sex-offender hysteria and as long as our government continues to furnish vigilantes with a convenient “hit list” (which may or may not even be accurate), absolutely no one is safe from becoming “collateral damage.”