Every few weeks, we receive word that more registrants have fallen prey to the “out of compliance” scam. For anyone who may be unaware of how it works, a phony police officer calls a registrant to threaten him with arrest because he is “out of compliance for failing to register.” Through a combination of threats and clever psychological manipulation, the scammer eventually offers to “take care of the problem” for the registrant for a large sum of money – typically $3,000-$5,000.

As disturbing and devious as the “out of compliance” scam is, it pales in comparative evil to another scam that has begun to come up on law enforcement’s radar. For the sake of simplicity, we’ll refer to it as the “enraged father scam.” As scams go, it nearly qualifies as the perfect crime because victims are led to believe they’ve broken the law and never learn otherwise. As a result, the victim has zero incentive to report it to authorities, and every reason not to.

According to a recent report in the Army Times, the “enraged father scam” has been around since 2015 and is currently targeting military service members, but it’s almost impossible to know how widespread it may be. In this writer’s estimation, it may already be targeting registrants. According to Army CID and South Carolina law enforcement agencies, the scam is currently being perpetrated by prison inmates and their helpers on the outside.

The mechanics of the scam are relatively simple. The inmate or his friends on the outside create a dating profile on one of the many dating websites on the internet. The Army Times report mentions “PlentyofFish.com,” but scammers could also be using any of over a hundred other dating web sites. The phony profile features an attractive young female who seems to be craving attention or companionship. All of the photos associated with the profile are phony, stolen from random internet sources, and almost always without the real owners’ knowledge.

Once the dating profile is established, the scammer goes “fishing” for targets. Young, single, male military service-members make great targets because they have relatively high disposable incomes, may be experiencing loneliness due to family separation, and they’re subject to a morals clause and military justice. Unfortunately, if service members make great targets for the scammers, then those on a sexual offense registry make even better targets. 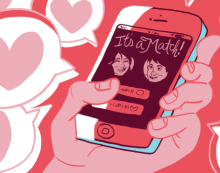 The scammer makes casual contact with multiple potential victims, keeping things friendly and light at first. Gradually, the conversation gets progressively racier and soon graduates to texting and the exchange of sexually explicit photographs. There’s always a plausible explanation why the girl seems to be able to text from her mobile phone but is never free to accept or initiate a voice call. Perhaps she claims to have a jealous boyfriend or she’s always at work, where they’re not allowed to talk on their cell phones. Whatever the reason, no matter how implausible, the scam victim usually allows his curiosity, excitement, and libido to overrule his skepticism and common sense.

Then, the unexpected happens. The victim receives a phone call or text from a man claiming to be the girl’s father. He angrily informs the confused and shaken target that the girl is under-aged, and that he will be contacting the police to file a criminal complaint against him. He will surely be charged with communicating offensive materials to a minor, child pornography, or perhaps even trying to lure the minor into a sexual encounter!

It isn’t hard to imagine the dizzying level of dread and panic that an average person might be experiencing at this point. A person who is on parole, probation, or listed on a sexual offense registry would be facing life-destroying publicity, probable revocation of parole/probation, criminal charges, and possibly a whirlwind return to incarceration. And so, it comes as a life-preserver to a drowning man when the “enraged father” kindly offers to remain silent about what has just transpired – – for a rather large sum of cash, of course.

The money gets transferred by various mechanisms which practically guarantee the scammers’ anonymity.  It gets sent to a shady online account, utilized to fill or refill store-bought pre-paid debit cards, or used to purchase pricy gift cards which are mailed to an anonymous mail-drop. The co-conspirators then transfer those funds to the inmates’ prison commissary funding account.

It’s been said that a “perfect crime” is one that no one knows has been committed. If that is so, then this scam certainly comes close to qualifying. The victims are led to believe that they have committed a serious sexual offense involving a minor. They have every reason in the world to keep mum about what has just transpired, especially since the possible consequences could be life-destroying, not only for them but for their families, as well. Frankly, the fact that this scam has been uncovered and reported at all is somewhat surprising. 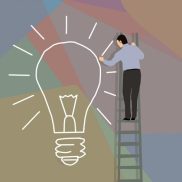 Here are your take-aways:  If something seems too good to be true, it probably is. If something seems like the end of the world, it probably isn’t. Nothing bad ever goes away forever, not even when you throw large sums of cash at it. Scammers exploit your feelings of lust, guilt, greed, shame, and panic. If you’re feeling overwhelmed by any of these emotions, don’t make any important decisions just because someone is trying to rush you into doing so. Take a few deep breaths and take your time. Get a second opinion from a trusted advisor. This person should be a knowledgeable friend or an attorney, and preferably someone who doesn’t have as much at stake and therefore won’t be as prone to panic as you might be at this particular moment in time.

Finally, you might want to bookmark this article for future reference, since almost no other media outlet is paying any attention to this scam. Someday, you or someone you know just may need this information.