In recent years, news media writers and their editors seem less and less willing to do any real research prior to publishing sensationalized articles about [GASP!] sex offenders being “allowed” to do stuff that only “normal” people should be allowed to do.

The most recent rash of articles feature a great deal of hyperventilation in the news media over the fact that their reporters have “uncovered sex offenders on social media!!!” Apparently, explosive news like this merits multiple exclamation marks and perhaps even some stomach-churning video, just for good measure.  How sad is it that perusing Facebook, Twitter, and Instagram at the office is what passes for investigative journalism in this day and age?

And people wonder why the news media industry is in trouble.

So, let’s get to the heart of the question at-hand: 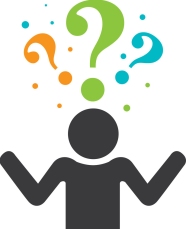 Facebook’s Terms of Service (TOS) agreement bans people on sex offender registries from having an account. This restriction is a Facebook policy – it is not a law.  While Facebook may have a lot of lawmakers in their back pocket, they haven’t yet graduated to the point of making laws themselves. Additionally, Facebook policy also bans minors under the age of 13 from using the service.  Facebook does not ban convicted murderers, armed robbers, kidnappers, arsonists, or drug dealers from using the service.

Many states did have laws forbidding internet or social media access for those on sexual offense registries, but those laws were struck down by a Supreme Court (SCOTUS) ruling in 2016. Unfortunately, when the Supreme Court strikes down a state law, those laws don’t just magically disappear all at once. There is a certain inertia that continues past the landmark decision.  Anyone charged under the stricken law can cite the SCOTUS opinion and will likely have that charge dismissed. But prosecutions do still occur. Some prosecutors are simply ill-informed. Others know they can’t win in court, but are willing to bet on the 97% probability that the defendant won’t fight the charges and will, instead, accept a plea deal.

In Packingham v. North Carolina, the U.S. Supreme Court ruled that prohibiting people who are on sexual offense registries from using the internet or accessing social media websites was, in effect, a form of banishment from the public square – a form of punishment which has no place in American jurisprudence – and a violation of the First Amendment’s guarantee of freedom of speech.

The court concluded: “It is well established that, as a general rule, the Government “may not suppress lawful speech as the means to suppress unlawful speech.” (Ashcroft v. Free Speech Coalition, 535 U. S., at 255.) That is what North Carolina has done here. Its law must be held invalid. The judgment of the North Carolina Supreme Court is reversed, and the case is remanded for further proceedings not inconsistent with this opinion. It is so ordered.”

As a result of Packingham, prosecutors now seem to be focusing more intently on charging registrants with failing to disclose their social media accounts when registering. To date, no serious challenge to that requirement has been mounted in the courts.

The Packingham decision does not apply to people who are subject to the conditions of parole or probation. A parole or probation officer may still impose restrictions governing practically every aspect of a registrant’s life, including phone and computer use, internet and website access, residence location, friendships or relationships, and even what a registrant watches on television. The standard of proof in revocations is lower than in most criminal court cases, as well, which means many registrants can have their probation revoked on the basis of a mere whiff of a violation.

3 thoughts on “Registrants on Social Media”